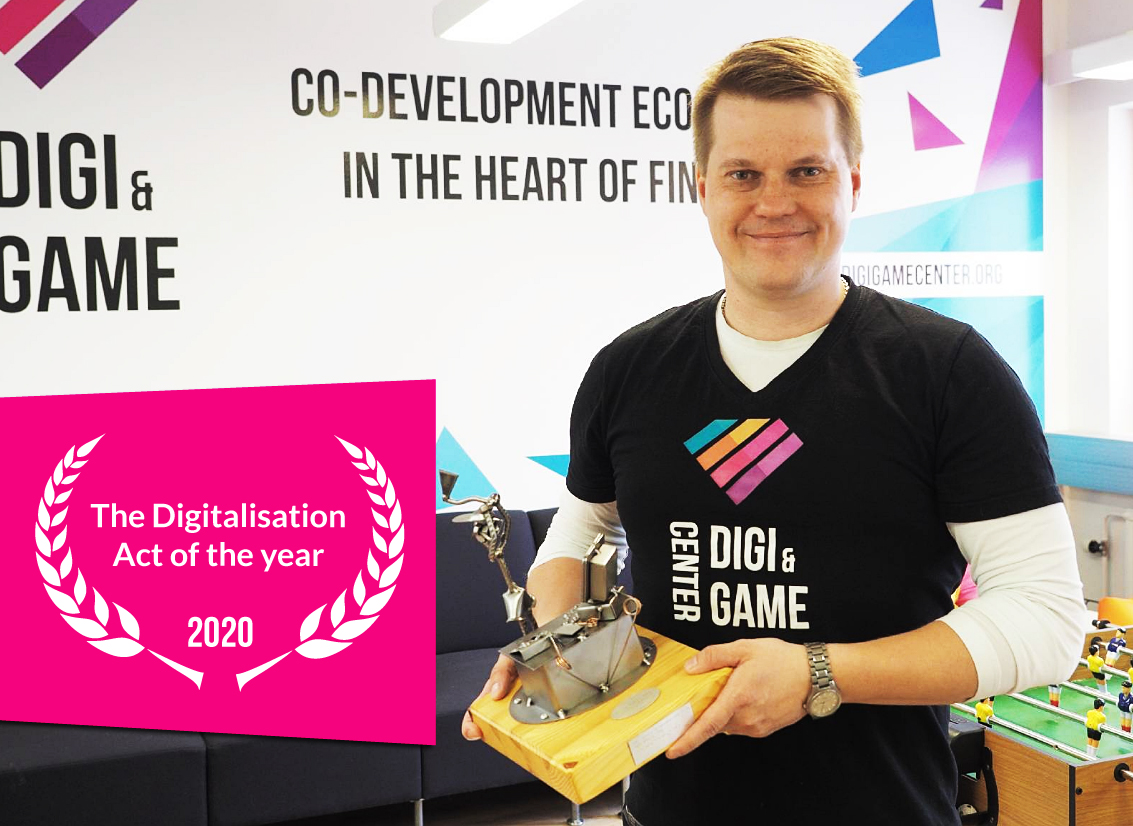 Central Finland’s Chamber of Commerce’s Digitalisation and New Business -committee grants The Digitalisation Act of the year -award annually. This year the award was given to Digi & Game Center which helped to give birth to 12 new businesses and helped companies in the region in the use of game technologies.

With the award Chamber of Commerce of Central Finland wants to highlight Central Finland’s companies that have successfully taken over digitalisation.

“Digitalisation has become part of just about every industry. Such actors and co-operation as Digi & Game Center are needed to bring the growth potential made possible by digitalization to the benefit of companies” says Ari Hiltunen, CEO of the Central Finland Chamber of Commerce.

The jury of committee members justified the choice on the grounds that the Digi & Game Center has successfully helped entrepreneurs in the area to take advantage of game technologies. It has been used in industry, the arts and culture, among other places.

“The operations of Digi & Game Center are worthwhile both in building a new kind of digitalisation center in the Jyväskylä region and in disseminating game technologies outside the game industry itself. Increasing the added value of digitalisation just needs such cross-pollination” says Anssi Kuoppala, Chairman of the Digitalisation and New Business Committee.

“We are grateful that we were nominated for the award and were elected. The honour belongs to everyone in our network. We would not exist if we did not have these companies, educational institutions and entrepreneurs involved in the network” says Tuomas Roininen, Chairman of the Peliosuuskunta Expa, Operator of Digi & Game Center.

The ecosystem has been built for nine years. There are now 16 digital and gaming companies involved. At the beginning of last year, more than 400 people attended the opening of the Digi & Game Center alone.

Digi & Game Center is not a company but a Central Finnish brand and concept that is operated by Peliosuuskunta Expa together with others in the ecosystem. The Digi & Game Center co-operates with the city, educational institutes and different businesses like Fingersoft and Amazon.

According to Roininen many regions are reducing their activities related to game-related studies which Central Finland has now begun to increase. The Digi & Game Center’s ecosystems goal is to bring companies and partners together and to get them to know each other.

“We strive to be another living room where a company or cultural representative can come on a low threshold to find a solution that suits their needs. Our desire is to develop the digitalisation of Central Finnish companies and to be the operator who introduces new digital functions at a low threshold” Roininen describes.

Roininen says that sometimes it is difficult for people to understand what game technologies and gamifications really are.

“It doesn’t mean making a game. For example, simulations such as airplane simulators, 3D models, or visual worlds of movies have been implemented with modern gaming technologies. It is good to understand that the same technologies are used in traditional industries. Experts will not be found on the traditional side, but it will have to utilize the multi-experts in the gaming industry, who are currently trained by JAMK and JYU in Central Finland” Roininen elaborates.

The concept has also been quoted abroad. The aim is to export operations abroad in the future as a licensing concept. 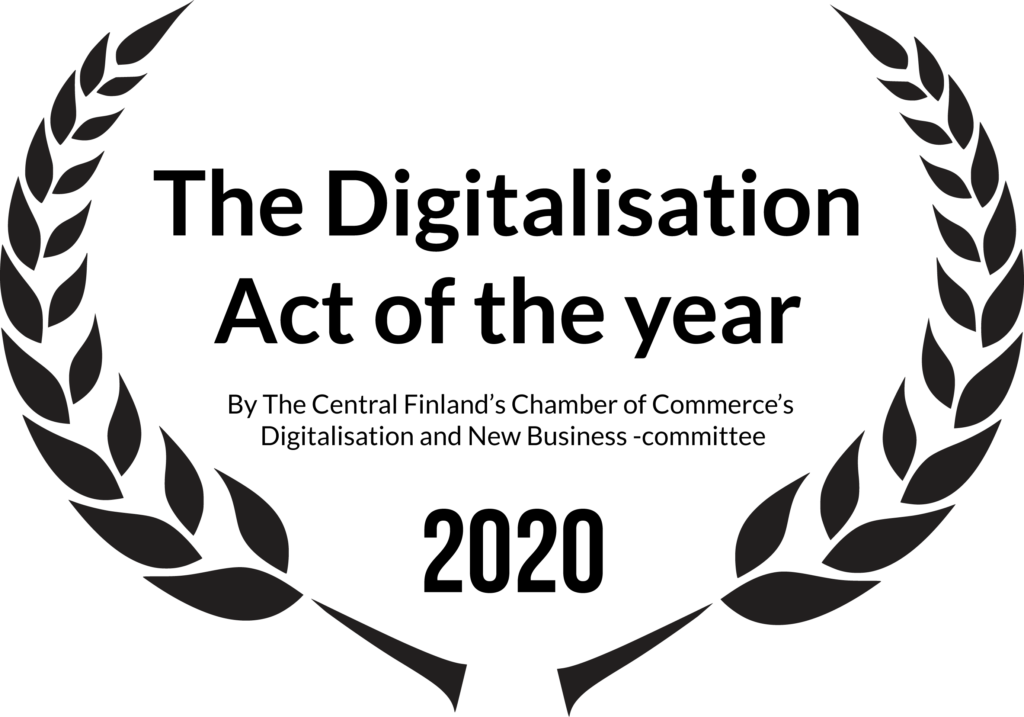 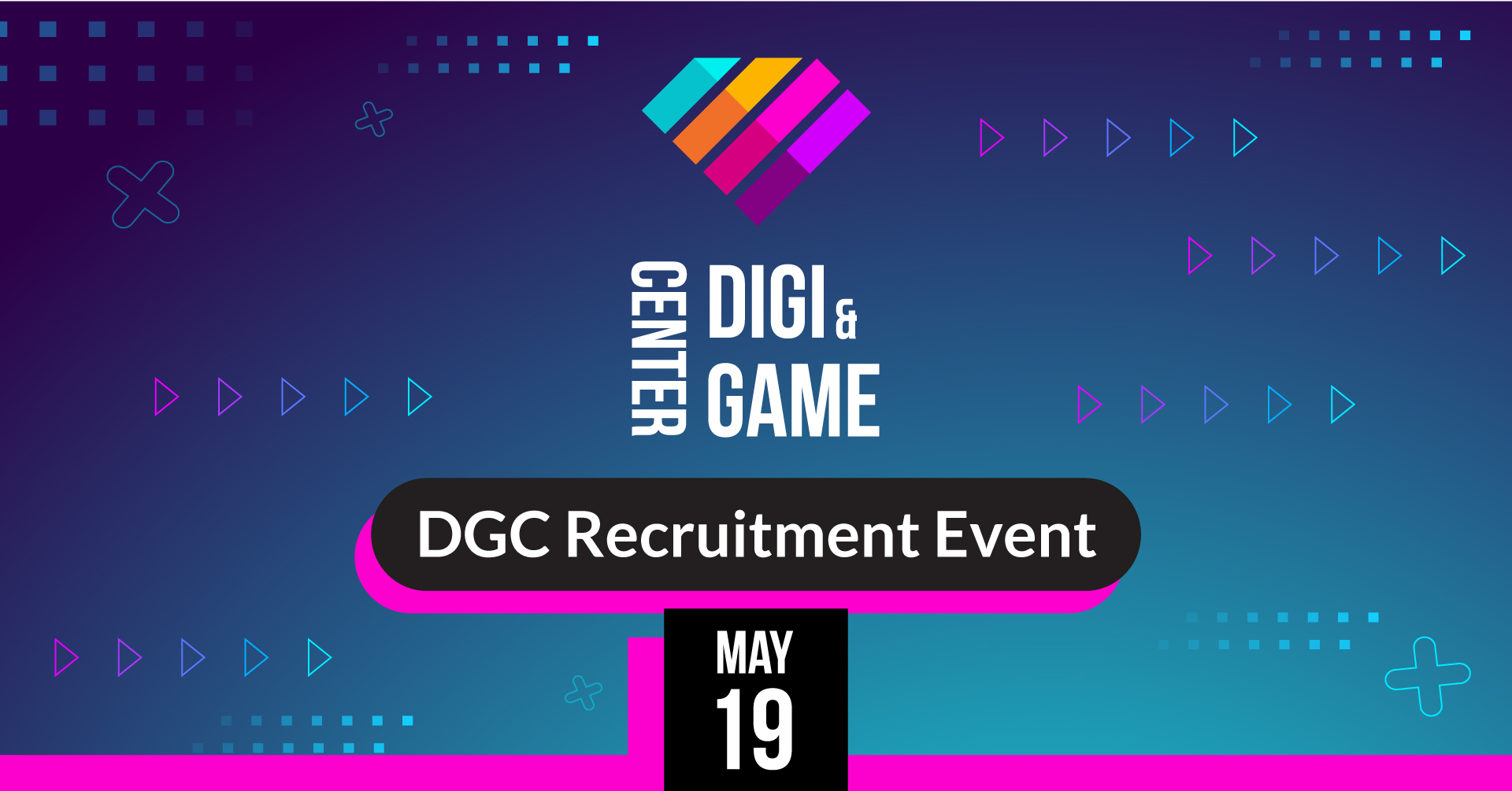 Welcome to the first-ever Recruitment Event!

Event is arranged in cooperation with:

Digi & Game Center in cooperation with Business Jyväskylä will organize the DGC Recruitment Event on 19th of May, 2021 from 15.00 to 17.00! In the event, you can meet the HR personnel and members of the studios from different game companies e.g. Critical Force, Fingersoft, Dazzle Rocks, Zaibatsu, Redlynx and Quicksave.

Signing up for the event is required, and you can do it here. The event will be held online in English. For the attendees, we’ll send the event link and instructions on the 18th of May, 2021 via email.

DGC Recruitment Event is an easy-going and relaxed opportunity to get to know the game companies in a virtual space without hassle and rush. Best bonus? You don’t have to travel! You can attend the event from the comfort of your own home.

Trying to find new location for your company?

Business Jyväskylä offers soft landing service, and it is free of charge; a turn-key package to get you settled and started in Jyväskylä.  Together, you can make a plan with the personnel of Business Jyväskylä to get you established, map out your options for existing premises or a greenfield site for new ones, They will help you also to find the right partners for you in the region, and give you a picture of what staff may be available.

Take the leap and contact us, let’s find the best opportunities for your business in Jyväskylä. You can find their contact information here.

Remember to check out the open positions!
Companies will add all their open positions on Digi & Game Center’s Jobs page. You can find the page here.

… and you won’t miss anything!

GET YOUR DREAM JOB NOW! 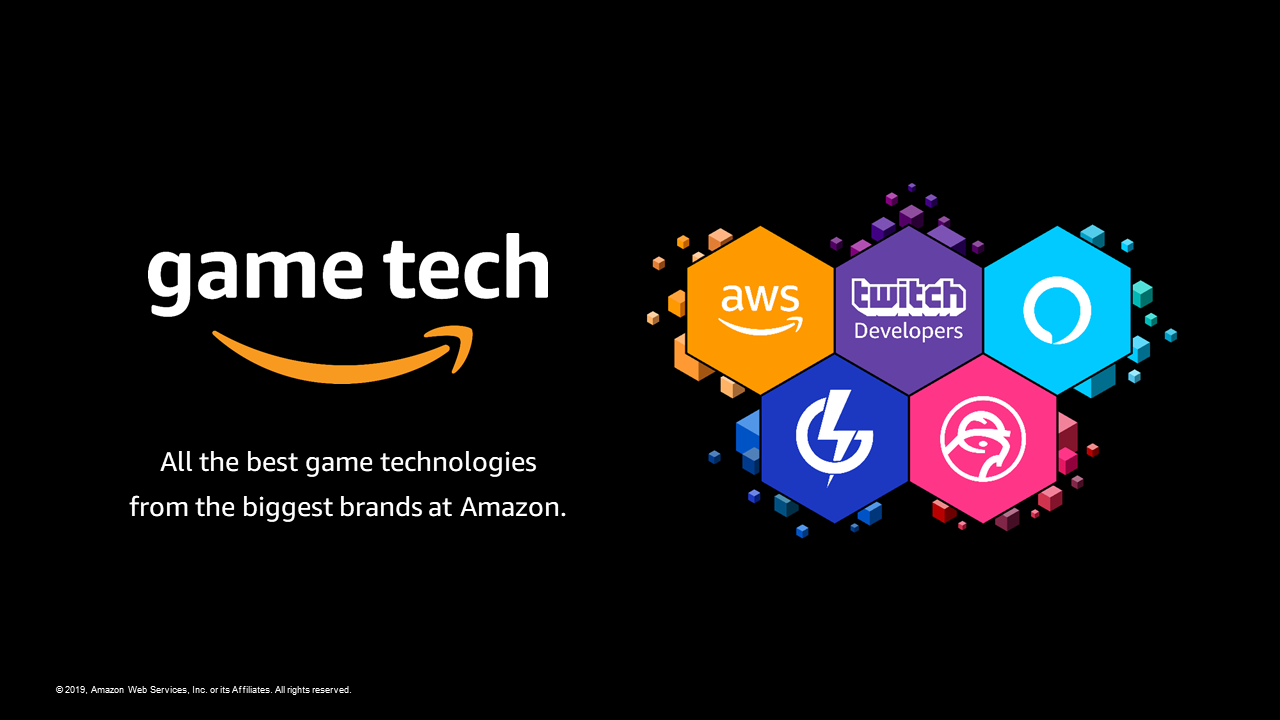 “AWS Game Tech is delighted to have this opportunity to work with Digi & Game Center and Peliosuuskunta Expa. We look forward to this collaboration and aim to provide Digi & Game Center members training, business and technical mentoring as well as access to AWS services and technology to reach a common goal in creating a top-notch gaming ecosystem in the Jyväskylä region.”

We at Digi & Game Center are very excited with this partnership with AWS Game Tech to take services and cloud learnings to the next level with game industry professionals, students, companies, and most of all to be in direct contact with Amazon Web Services (AWS) which is the world’s most comprehensive and broadly adopted cloud platform to make success stories together.

Why to join as Partner with Digi & Game Center? 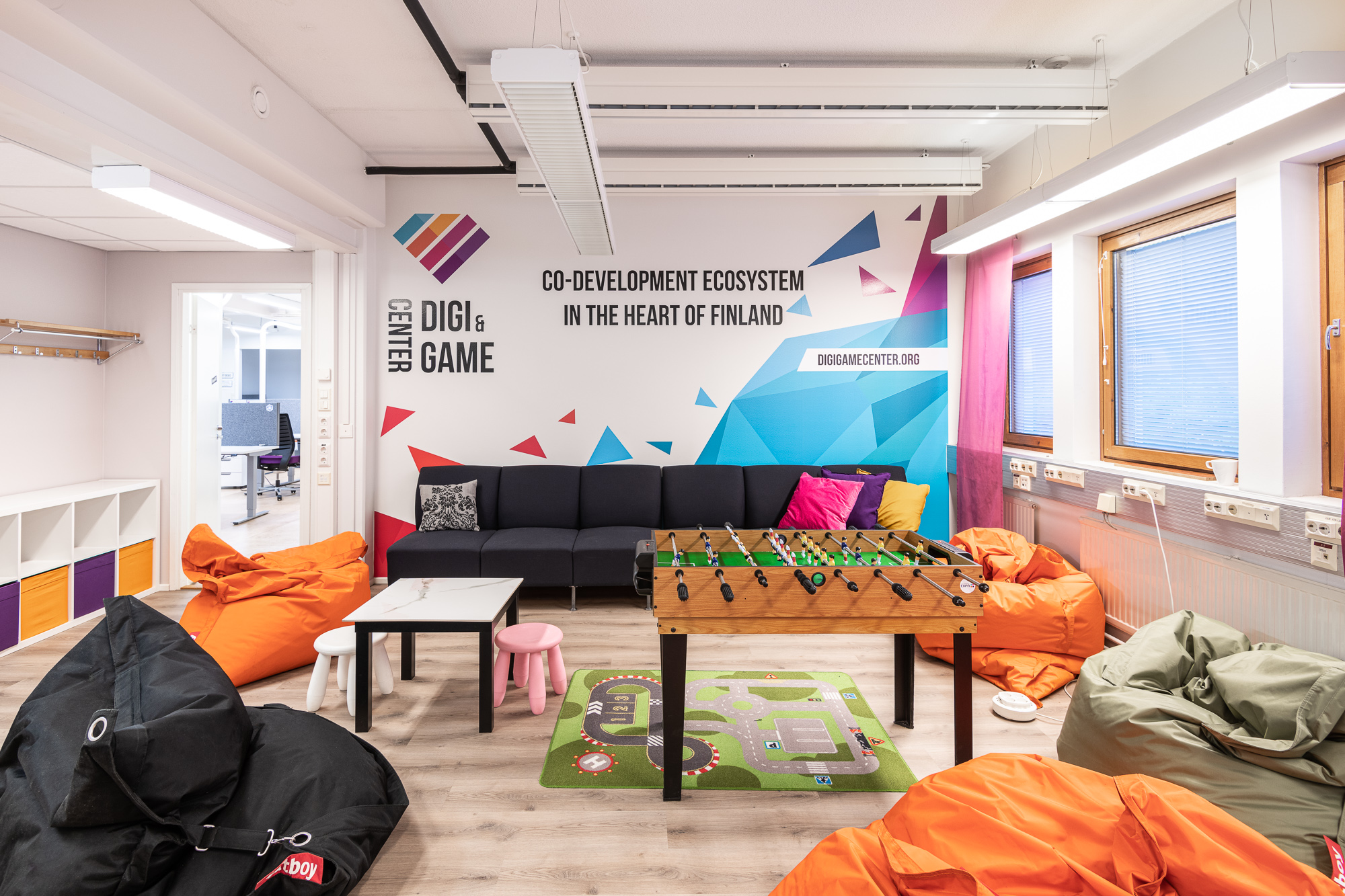 Digi & Game Center is a wide wave of companies, educational institutions, startups, entrepreneurs, students, projects around digital business and digital services and game industry. The ecosystem consists of various players partnering up in the network.

TPL is a business simulation course part of business information technologies but its open for everyone to apply through JAMK UAS open studies. Purpose of this course is to develop concept ideas to successful games or software products. You may come with your concept and group or alone without any well defined idea. Everyone is welcome to apply!

Ever growing Partners network and community

With You and and the other partners like Business Jyväskylä, Fingersoft, AWS Game Tech, DeskMe, Universities etc just to name a few. We can make difference and impact that shows the power of the community.

Everyone is welcome to apply! 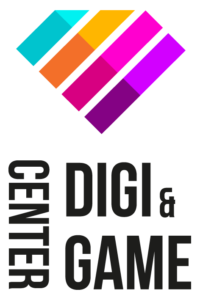 Words from the Mayor of the City of Jyväskylä, Timo Koivisto – DGC, 1 year old!

Words from the Mayor of the City of Jyväskylä, Timo Koivisto
– Digi & Game Center is now over 1 year old already!

Here is a small recap from year back and wise words from Timo Koivisto, Mayor of Jyväskylä – Digi & Game Center.

Digi and Game Center is now already over 1 year old and we been so busy that we did not even notice it “time flies when it is fun” even with the pandemic making problems to everyone lives at the moment. We all shall keep on rockin and be safe and we will enjoy each other’s company again soon.

As a great result during 2020 even the COVID-19 with us we managed to help 12 companies to established and 8 of them during pandemic time.

We at Digi & Game Center value this close partnership with Business Jyväskylä and City of Jyväskylä very much to grow new business success stories in Central Finland together.

Together We aim to lower the barrier between different industries and cultural actors towards digital world like digital services, esport, game technologies such as game engines and simulation, gamification, XR, education and also the research on these fields.

Digi & Game Center can be the “to your next living room or the coffee maker spot” where any company, association or person can come or send messages to just ask freely how can we help or do cooperation via digital world.

Learn more about Business Jyväskylä, its services and if your company wants to locate to Jyväskylä, Central Finland.

Fingersoft is one of the most northern game studios in the world, chilling out (literally and figuratively) just 170km south of the arctic circle in Oulu, Finland. The company is best known for the mobile smash hits Hill Climb Racing and Hill Climb Racing 2, which have a combined total of over 1.5 Billion installs.

“Digi & Game Center is doing a good job in building an exciting, growing hub in the games industry in Jyväskylä, where they facilitate excellent opportunities for coworking, networking, partnerships and recruitment under one roof. This partnership is an investment in the future of the Finnish games industry, and we look forward to exploring all the possibilities together,”

We at Digi & Game Center value this partnership very much to make even better connection between game industry professionals, students, companies, research and most of all to be in direct contact with one of the leading mobile game companies in Finland to grow new talents and success stories together. 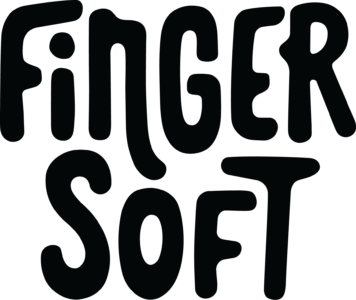 « Explore DGC Van Demo in 3D Words from the Mayor of the City of Jyväskylä, Timo Koivisto – DGC, 1 year old! »

This demo was done with Matterport -platform and shot with RICOH THETA Z1 -360 camera. Matterport is a platform for making immersive virtual 3D tours. It took 2-3 hours to make this demo. The service can be used for example to sell a property or to show premises in a remote meeting. The 3D tour can be embedded in a website or be shared via a link. The 3D tour can also be secured with a password.

Digi&Game center has virtual tours made with Matterport and you can find them here: https://www.digigamecenter.org/check-new-360-3d-view-from-dgc-and-its-sauna-too/

DeskMe is an IoT-enabled desk reservation system for hot-desking offices and co-working spaces. Easily find a working desk or a meeting room in your own office or in the DeskMe network!.

Any organization and person can now lower office or “home office” costs by switching to Digi & Game Center membership via premises sharing like social premises, desks, meeting rooms. phone booths, XR green screen studio etc and relying on local co-working spaces as an extension of their own office and building new network and client relationships same time when remote working or when new ideas or inspiration are needed

During this pandemic, nearly everyone has tried working from home / remote and learned about its great advantages. As a result, many organizations made a permanent work from home / remote policy, this completely changes how offices are used. A much greater flexibility is expected now.

With the DeskMe partnership we want to give a safe and flexible way of working at Digi Game Center – Join us!

Any cookies that may not be particularly necessary for the website to function and is used specifically to collect user personal data via analytics, ads, other embedded contents are termed as non-necessary cookies. It is mandatory to procure user consent prior to running these cookies on your website.